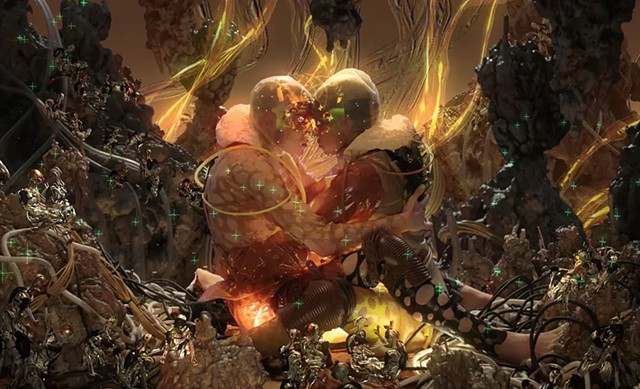 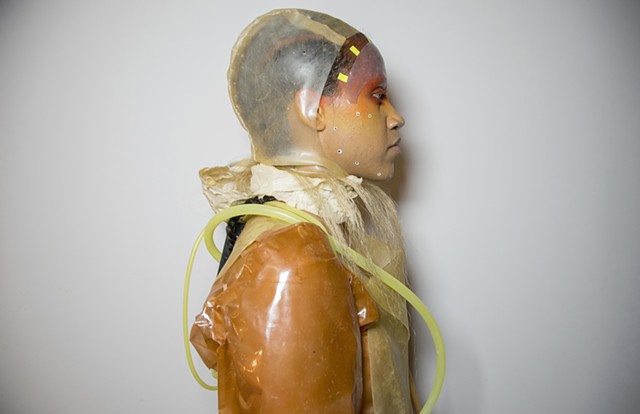 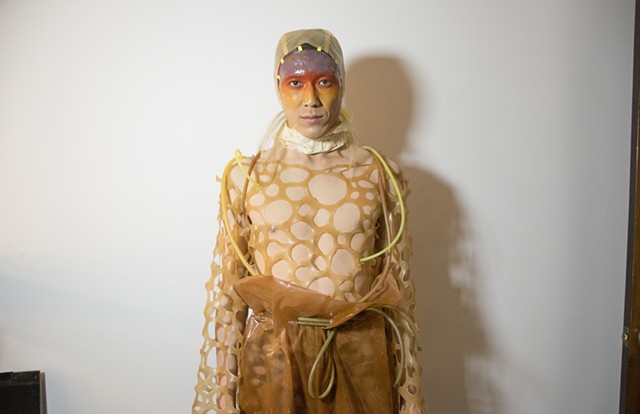 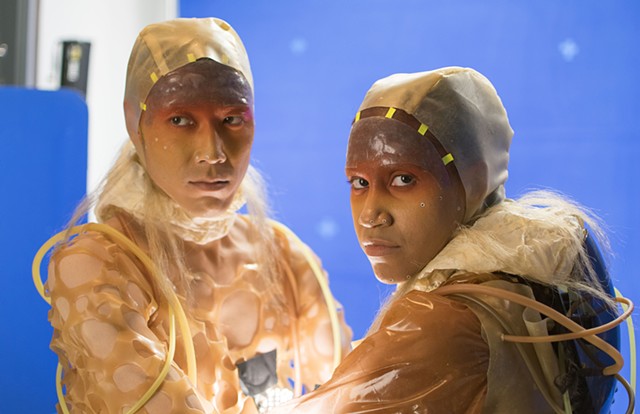 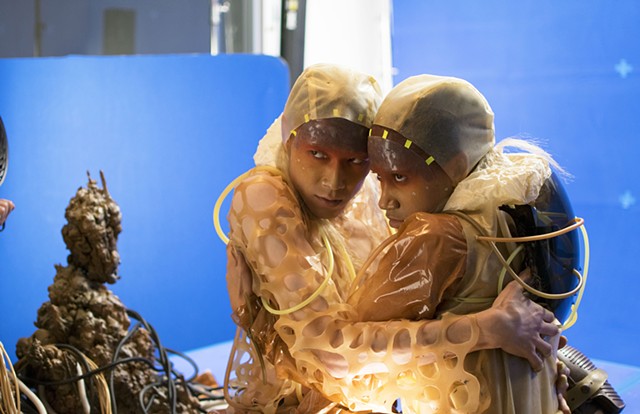 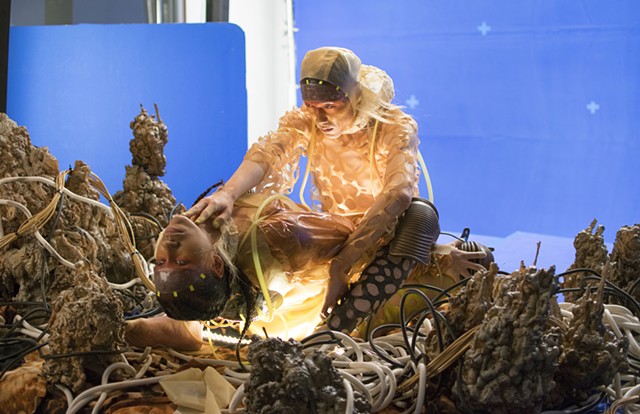 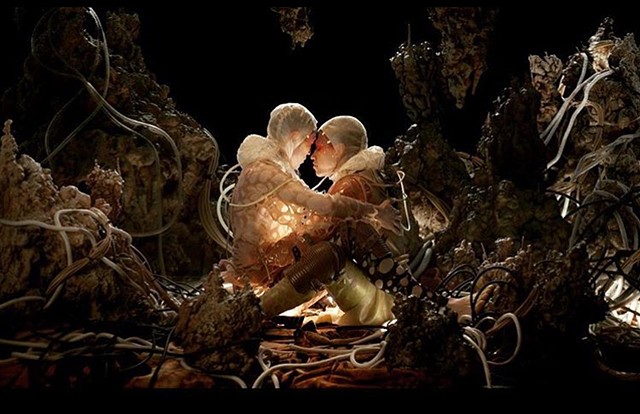 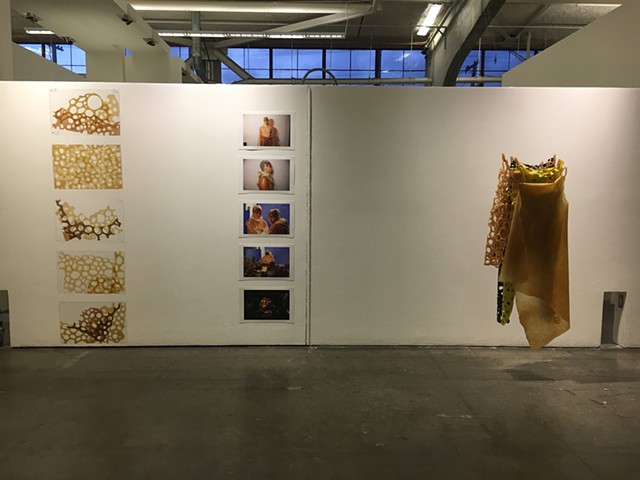 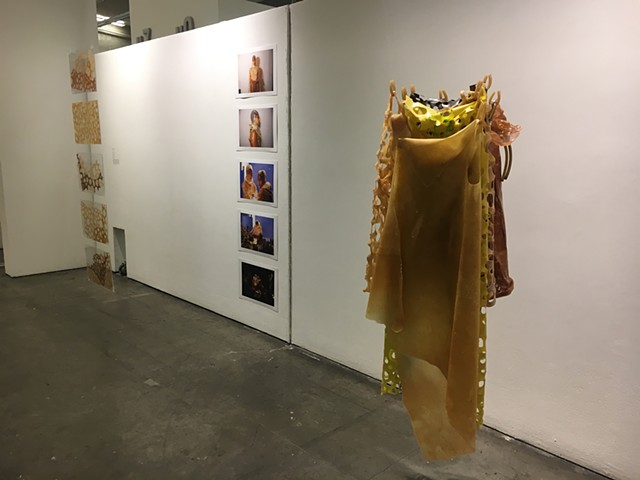 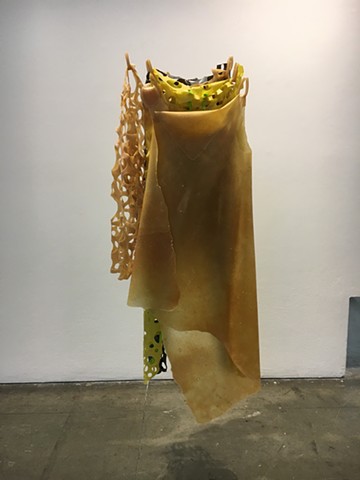 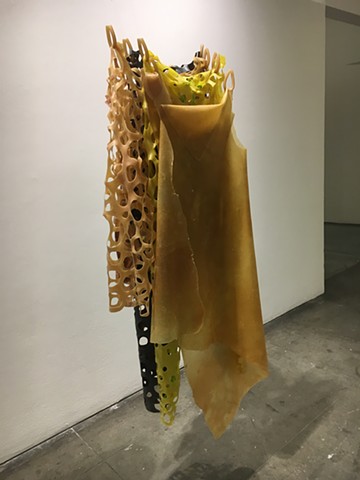 “‘Flesh Nest’ is essentially my sci-fi Fraggle Rock-inspired trash opera. I built this project around the concept of a digital afterlife. While we are often accustomed to seeing the Internet portrayed as vector graphics, data visualization, or other sterile imagery like server rooms, I wanted instead to construct imagery that had the same efficiency, weirdness and mythic vastness as a Hieronymus Bosch painting in which a multiplicity of characters and edifices are building up and crumbling down in the same hellish scrolling tapestry-like space. It was important for me that there is an honesty about the artifice of this universe. Unlike my other VFX-heavy work, this world remains deconstructed for viewers. Actors shot on blue-screen in rubber suits crawl in front of film equipment left in the frame. Motion captured avatars retain the glitches inherent from the imperfections of the capture process. Overall it took about a year to make this world. It was a new technical and stylistic leap for me to employ the use of so much motion capture; and to build a full visual effects world, while having the courage to leave a bit of it messy and untouched. I’m grateful to the collaborators who joined with me to realize this piece in all of its strangeness.”